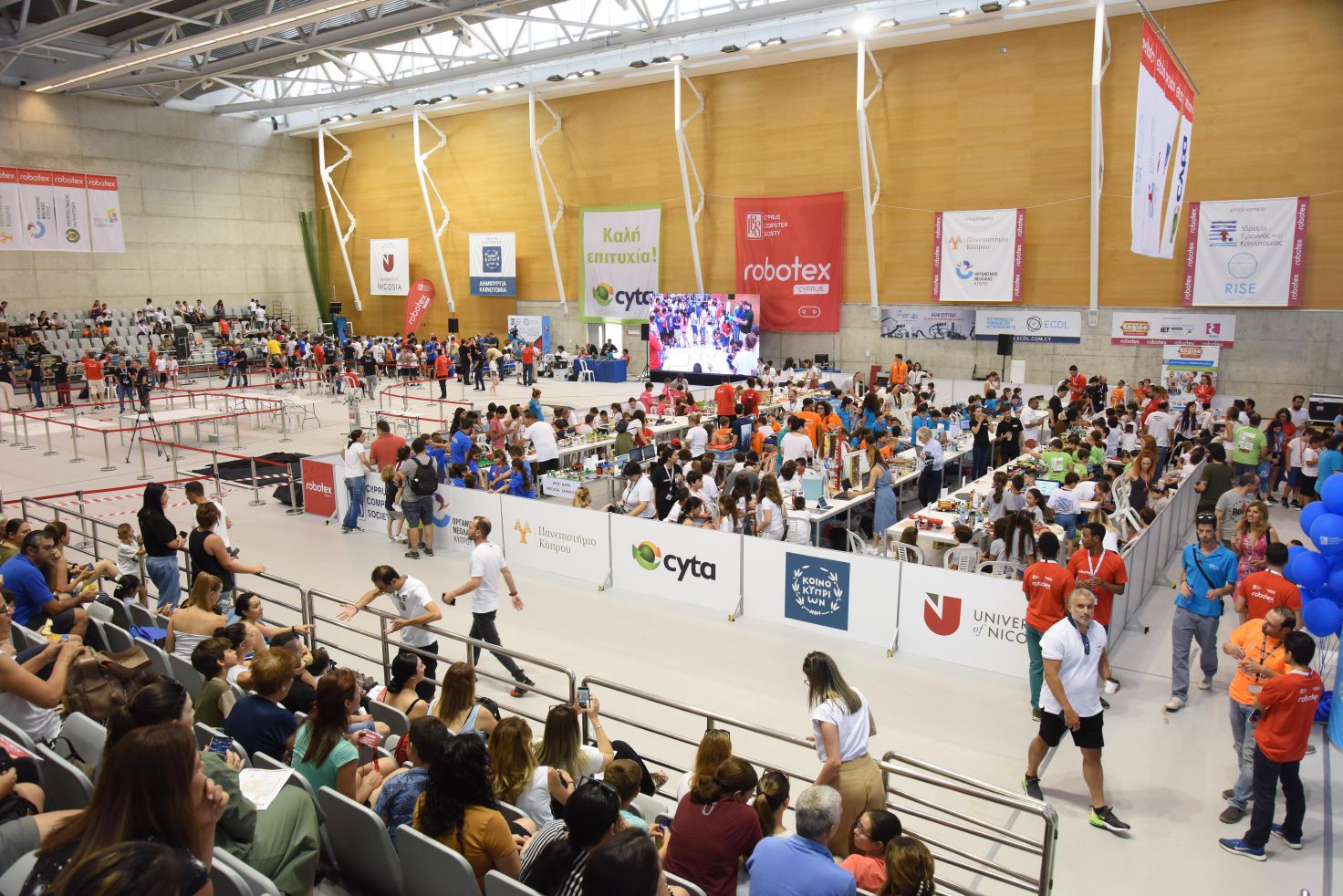 The biggest Robotex Robotics Festival with more than a thousand participants was held with great success on the weekend of 29-30 June at the University of Cyprus.

The Robotex Pancyprian Robotics Competition was organized for the third consecutive year by the Cyprus Computer Society, co-organized by the University of Cyprus and the Youth Organization. Robotex Cyprus was approved by the Ministry of Education and Culture and the Digital Champion, supported by Cyta as a Strategic Partner, Bank of Cyprus as a Youth Supporter, and the University of Nicosia as Educational Innovation Leader.

The event was under the auspices of H.E. the President of the Republic Mr. Nicos Anastasiades, who was represented by the Deputy General Manager of the Ministry of Education and Culture, Dr. Kyprianou Louis. The event was welcomed among others by the Chairman of the Youth Board Mr. Panagiotis Sedonas and the Chief Scientist Mr Kyriakos Kokkinos.

1025 competitors, students of all ages and adults participated in innovative challenges such as the rally, the robot duel known as Sumo and the robot exit of a maze. The two-day Robotex festival has visited by thousands of people who were informed about the robotic technology opportunities. In addition to the impressive robotic battles, the audience watched drones demonstrations and visited the robotic constructions’ exhibitions where they had the opportunity to chat with the humanoid robots NAO and Nicky.

During the festival, one robot-gift was handed over to the winner of the Robotex on-line contest run by Cyta before the event. Moreover, another draw was made between all attendees for 10 Engino robots donated by Engino to a similar contest. Organizers also awarded technology gifts to lucky Robotex participants.

For the organization of Robotex, more than 100 volunteers, involving the Scientific and Organizing Committee, and represent all Universities and organizations that support Robotex. The great success is also due to the sponsors of the event: Gold Sponsors: Research Promotion Foundation and RISE. Silver Sponsors: IET, Engino and EKO Cyprus. Bronze sponsors: ECDL, ETEK, Novatex Solutions, Supernova and Zebra Consultants.

The Robotex Cyprus 2019 award ceremony will take place in September, while the winners will travel to Estonia for Robotex International to be held in November 2019. 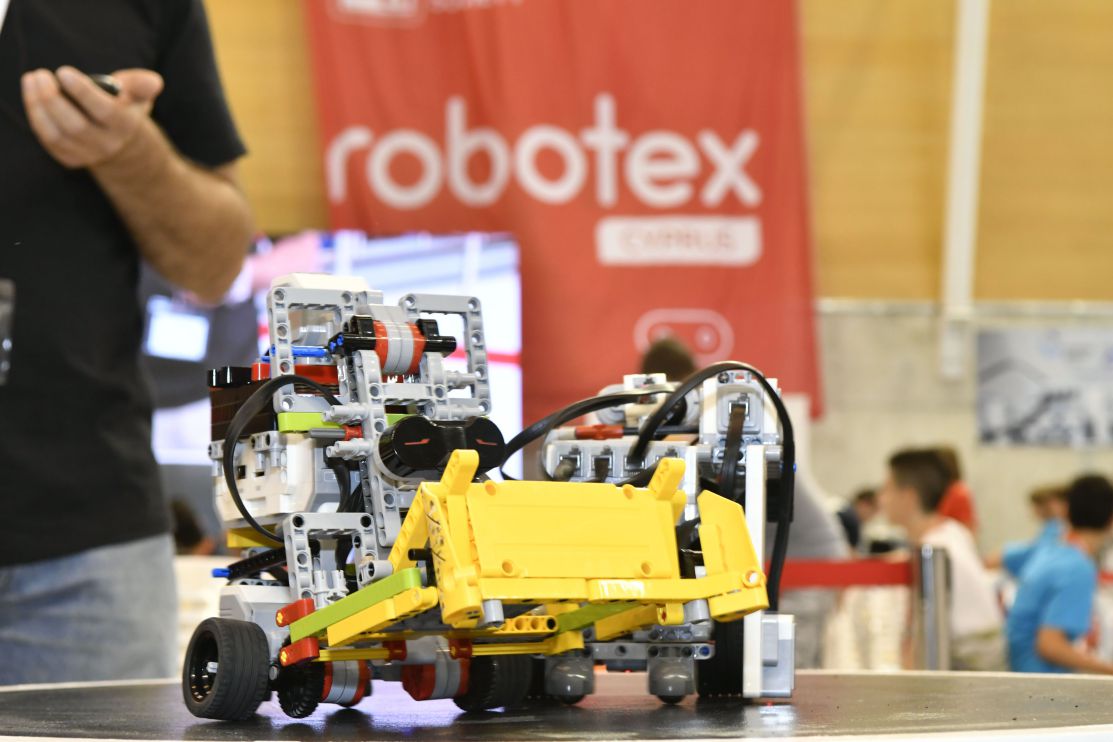 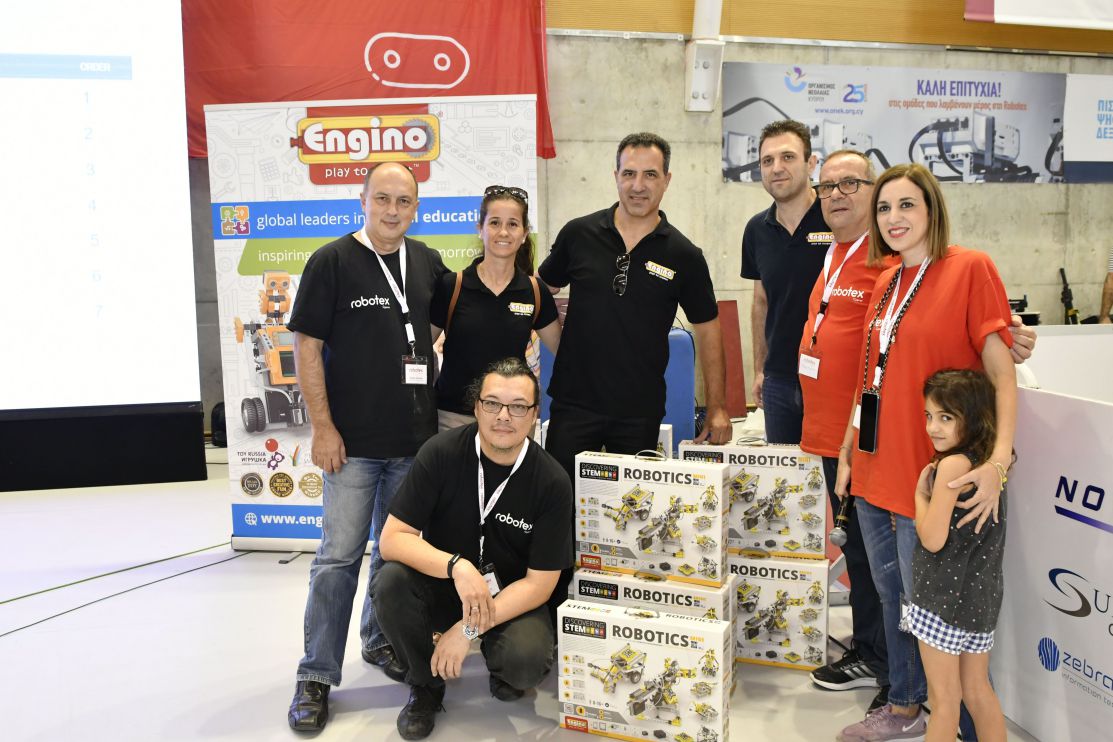 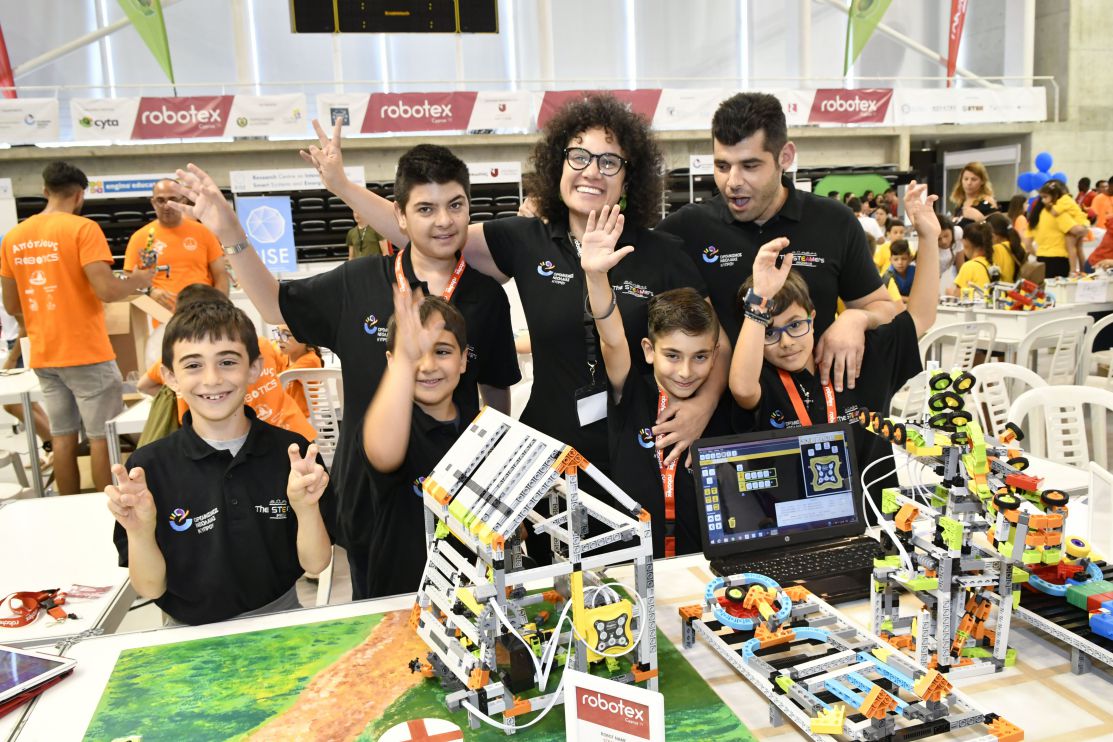 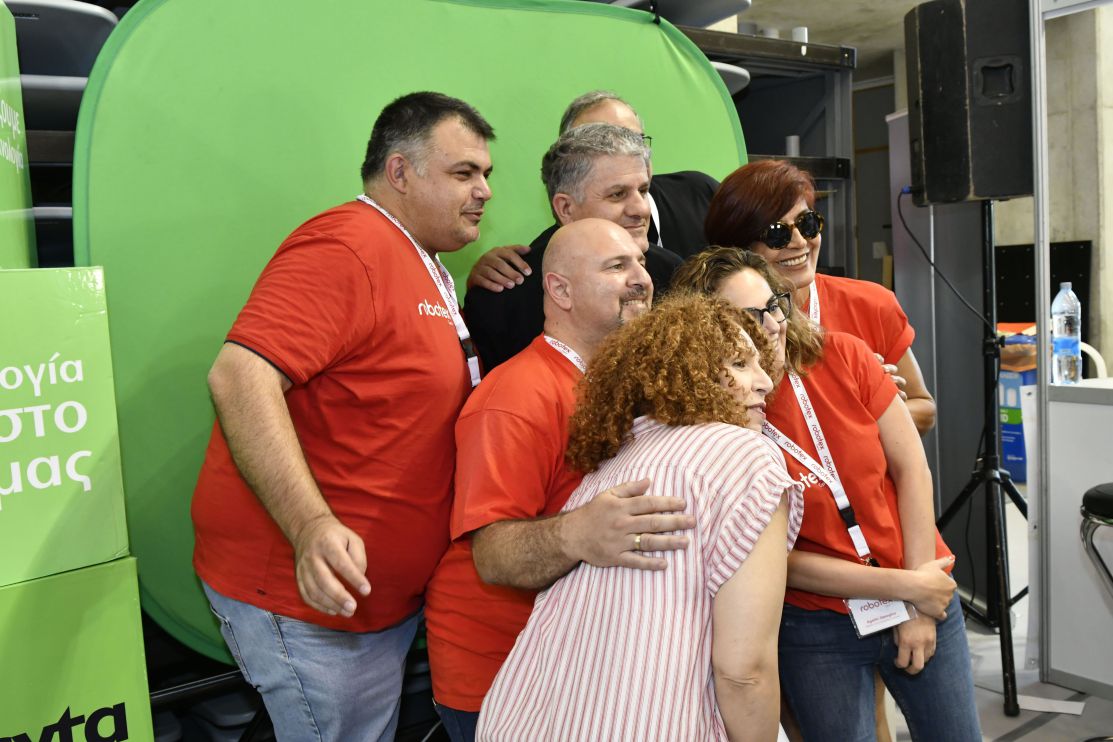 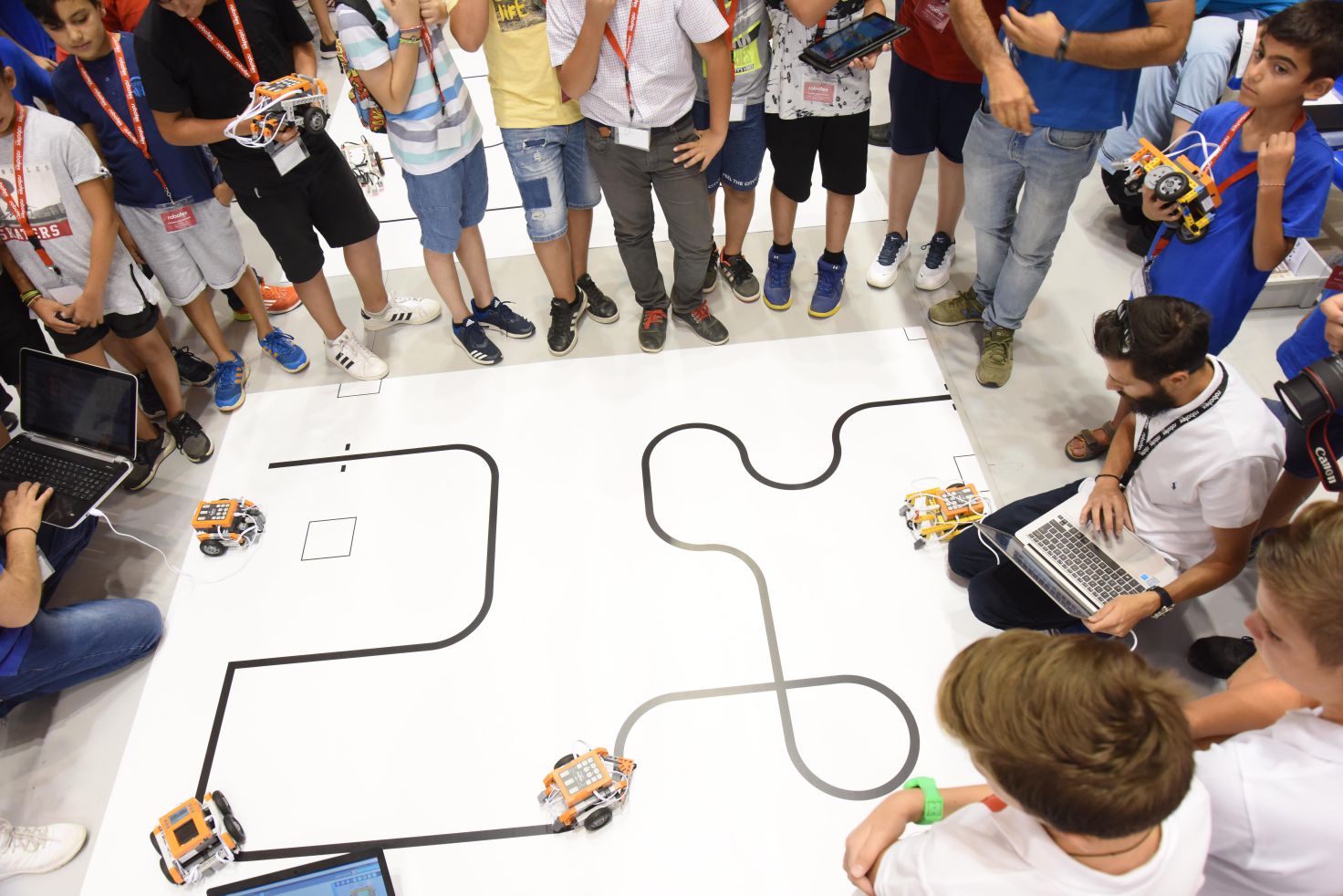 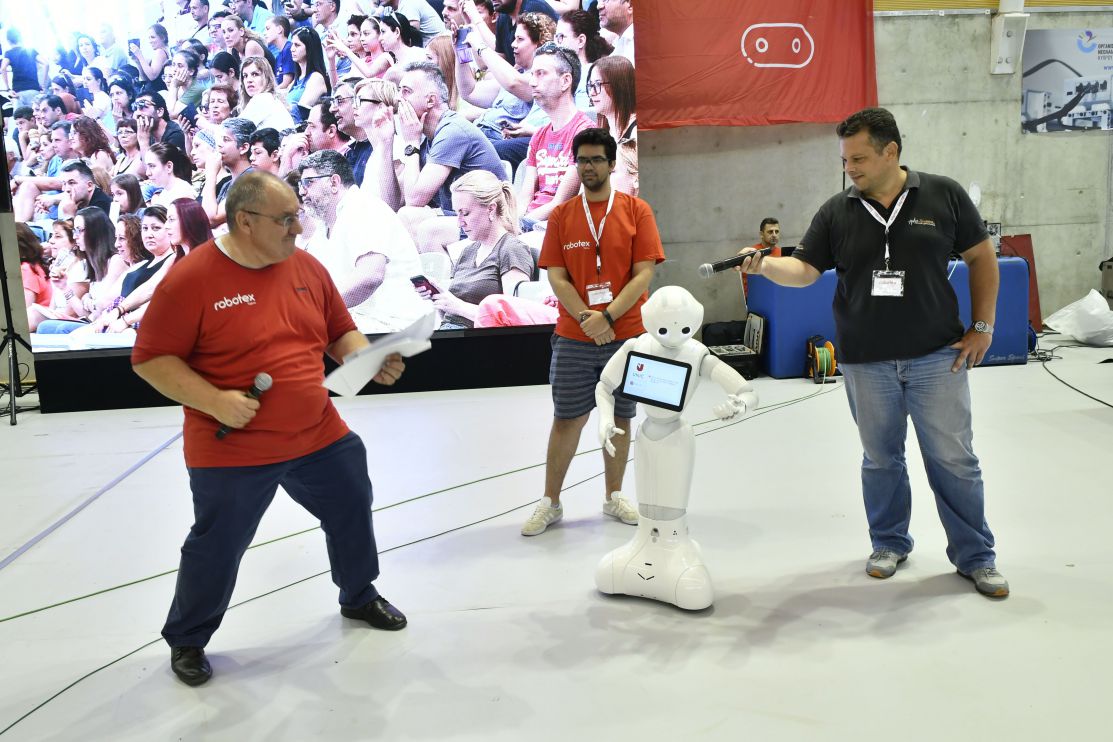 Robotex Cyprus: The pancyprian robotics competition organized based on the

standards of the international competition ROBOTEX INTERNATIONAL of Estonia.